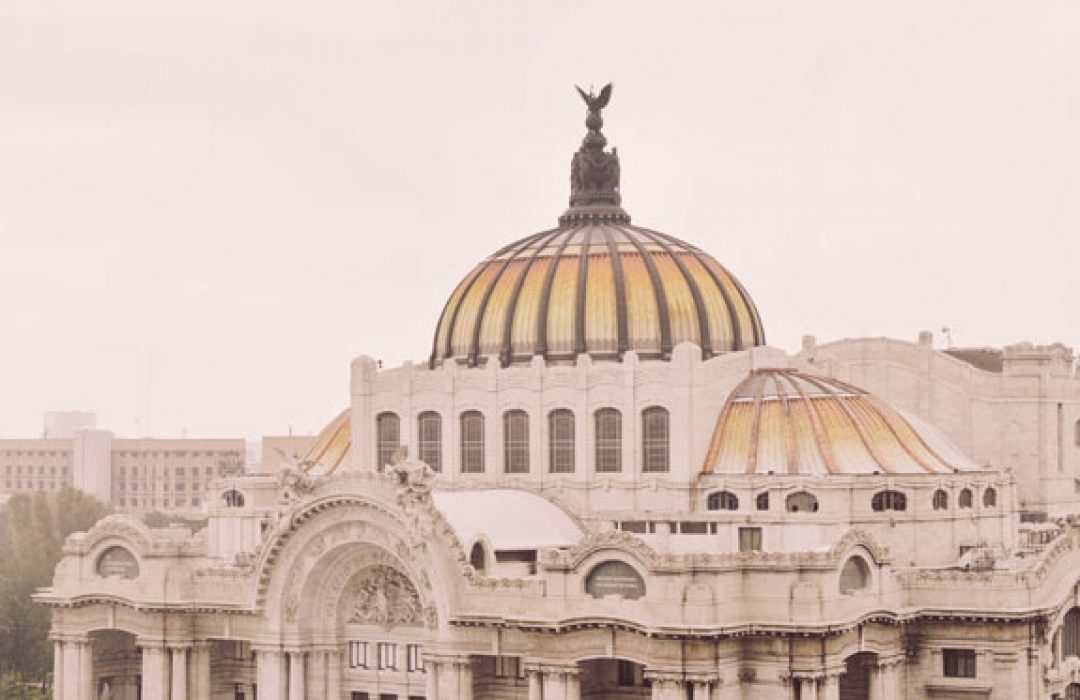 10 Things You Should Know About Mexico City 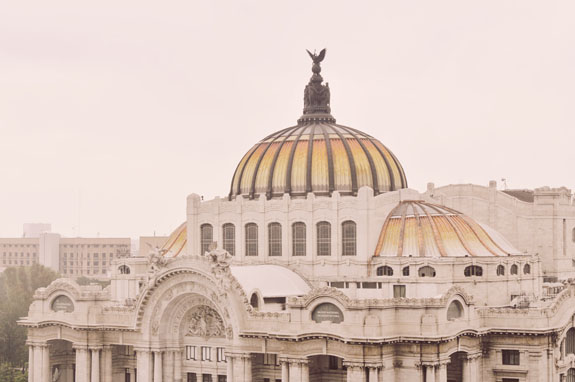 What are the first things to mind when you think about Mexico City? Is it busy, crowded, dirty, and unsafe? Okay, so it can be a busy, crowded, and overwhelming place, but I really think that Mexico City is an often misunderstood city, and there are a lot of stereotypes about it. 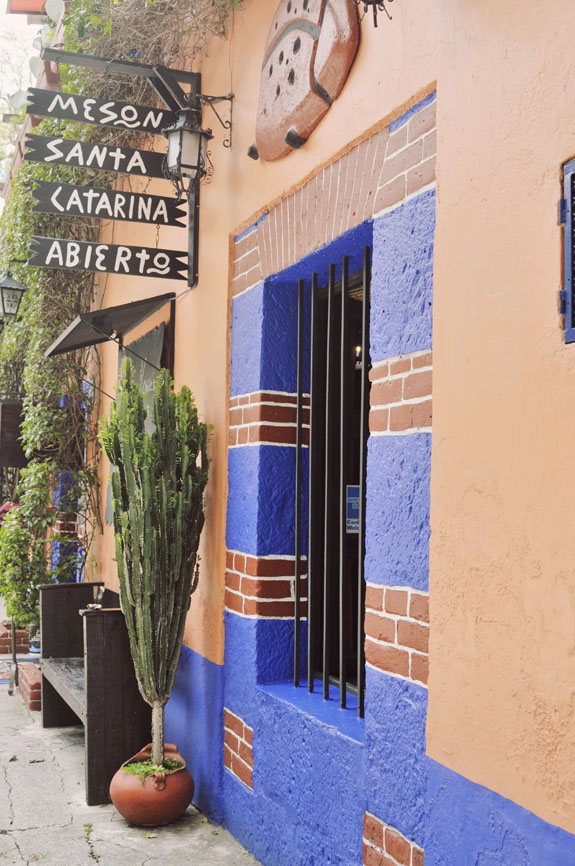 I once had those misconceptions about Mexico City as well, but I finally had to pay a visit after hearing all the buzz about what an amazing city it is (and well, a cheap flight from SFO didn’t hurt either). When I got there, I surprised by how beautiful and safe it was. I fell in love with it so much that I had to come back for a second visit, less than a year later.

Here are some of the things you should know about Mexico City: 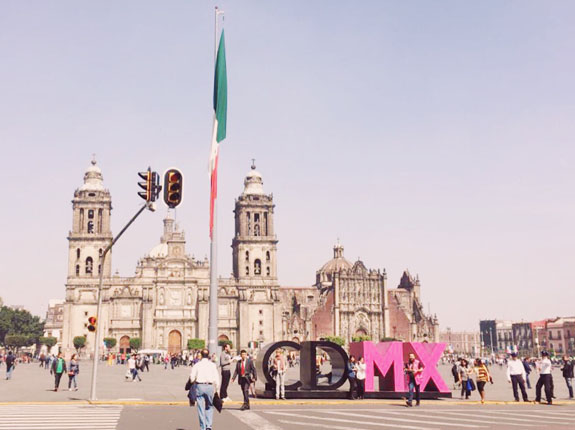 1. It is safe
One of the things I kept getting asked over and over when I told people I was going to Mexico City (especially as a solo female traveler) – “but is it SAFE?!” The answer to that is – yes, absolutely! The big misconception about Mexico City is that it is a crime-ridden city, full of drug violence and that kidnappings are abundant. This is farther from the truth – these tend to happen in the northern and Pacific states, closer to the border. While the US State Department recently issued a travel warning for many parts of Mexico, the Mexico City area was excluded. Mexico City doesn’t even make it in the top 50 cities with the highest homicide rates in the world – a list that includes US cities such as Detroit, New Orleans, St. Louis, and Baltimore. 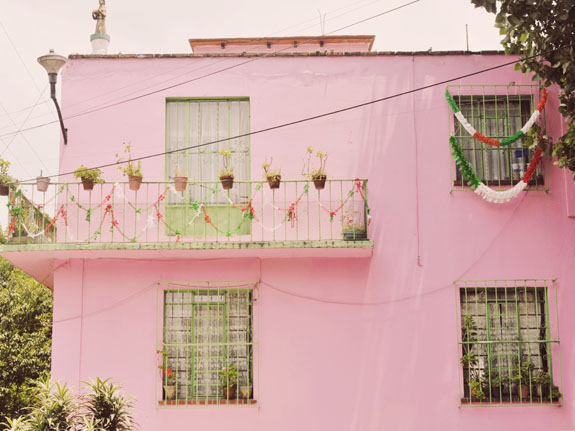 That is not to say that you shouldn’t take precautions and keep your guard up. Pickpocketing is a legitimate concern here, so stay alert, watch out in crowded areas, and take caution with your valuables. As with any major cities, there are definitely bad neighborhoods that you should avoid (i.e. Tepito and La Lagunilla) – be sure not to accidentally stumble into these. Don’t take unofficial taxis – the official ones are pink and marked with “CDMX.” Also avoid hailing cabs on the street – use marked taxi stands or call one from a hotel or restaurant. Ubers are super cheap and readily available as well, which makes it a great option for getting around the city. 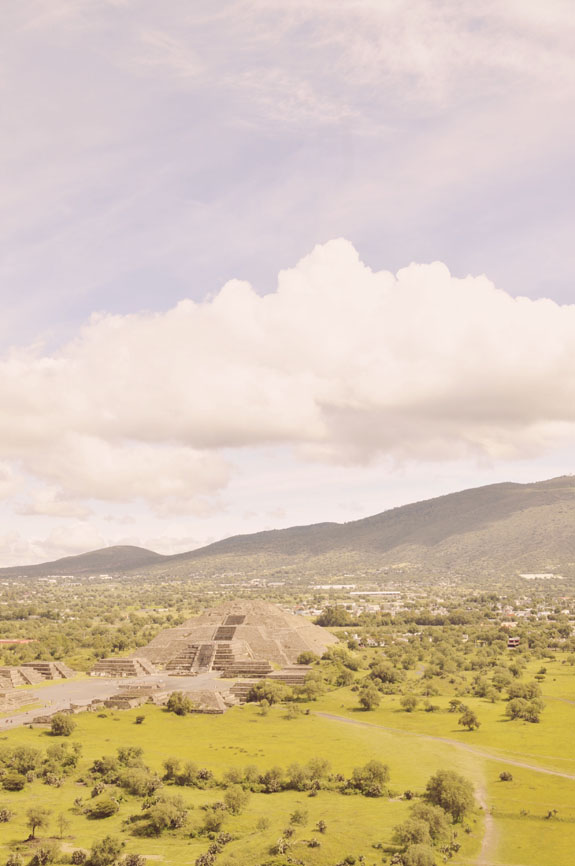 2. It stands at over 7000 feet above sea level
Mexico City stands at 7,382 feet (2200 meters) above sea level. That is 2000 feet higher than Denver. It is in a valley surrounded by volcanoes. It shouldn’t affect you too much, but if you are sensitive to high altitude, definitely carry some drugs. I wasn’t too bothered by it, but did find myself a little more out of breath than usual when climbing stairs and such. Did you also know that the city was built on a lake called Texcoco, and is has sunk more than 9 meters over the last 100 years? 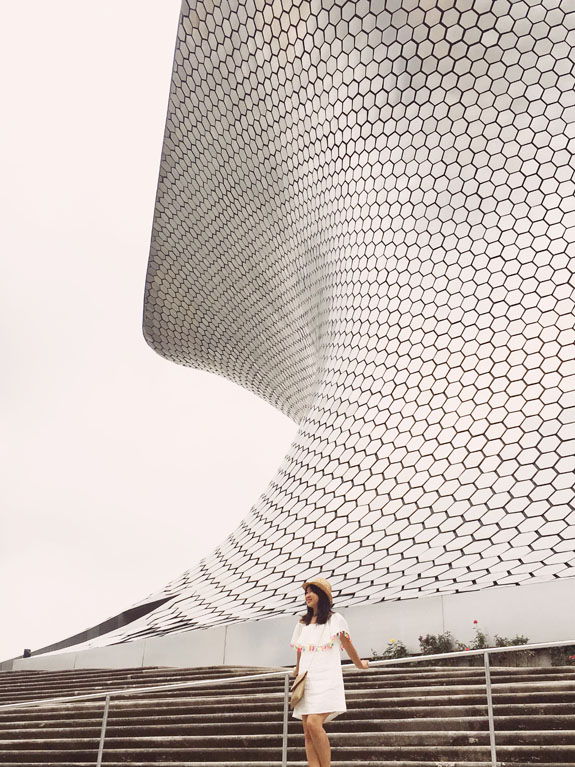 3. There are a lot of amazing museums
With more than 150 museums, Mexico City is home to the most museums in the world. These museums exhibit anything from European art, Latin American culture, history, science, and more – literally something for everyone!

I will admit that I have not been able to check out as many museums as I have wanted to – but there’s always next time, right? Some of my favorites are the Frida Kahlo, Casa Luis Barragan, and the Capultepec Castle, which also serves as the National Museum of History. Some of the others I’ve been wanting to check out and hear great things about are the Museo Soumaya, Mueso Jumex, and Museo Nacional de Antropologia (Anthropology Museum).

TIP: Many museums are closed on Mondays. 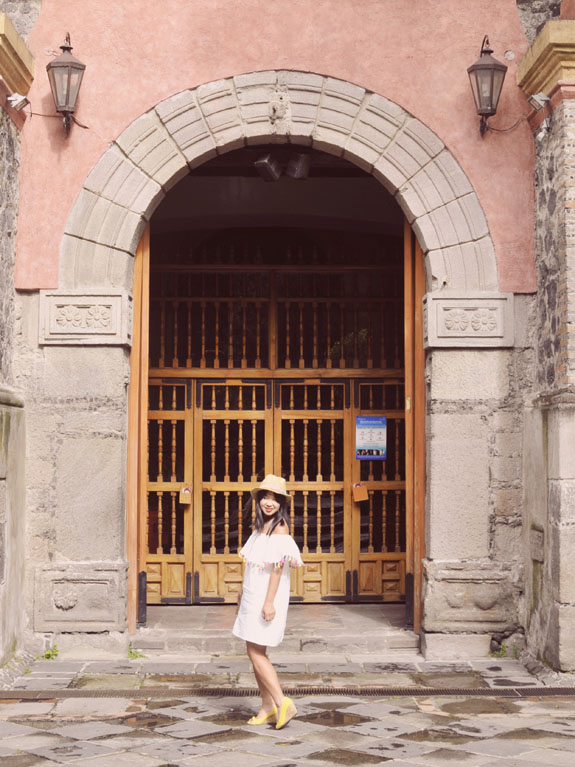 4. It is HUGE
Mexico City is an enormous city, with over 20 million residents calling it home. It is the largest city in Latin America, the largest metropolitan area in the Western Hemisphere, and one of the top 10 most populous cities in the world. It also has a huge economy – if Mexico City were its own country, it would have the fifth largest economy in Latin America. 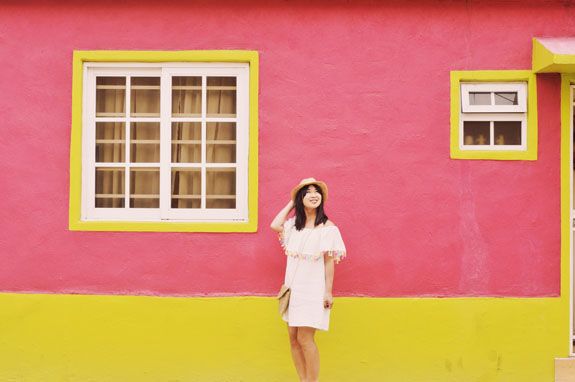 5. There is a LOT of traffic
Because it is such a huge city, there is also a LOT of traffic – getting from one end of the city to another can often take over an hour, so be sure to allow for plenty of extra time for travel. I grew up in LA and am no stranger to crazy traffic jams, but the traffic in Mexico City was like LA on steroids. There is also plenty of smog here, but the city has taken big steps to reduce pollution in recent years – since 1991, carbon dioxide levels have dropped 74% and ozone levels have been reduced 57%. 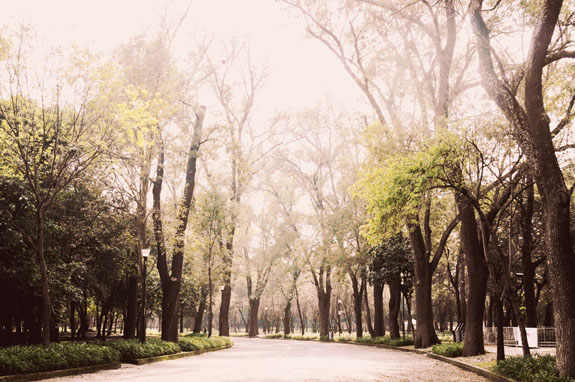 6. It is very green
One common stereotype about Mexico City is that it is a grey, smoggy concrete jungle. One of the things that surprised me most about the city was how green it was, from the tree-lined boulevards, to the lush parks and green spaces scattered all over the city. Chapultepec Park, which is kind of like the Central Park of Mexico City, is known as one of the best urban parks in the world, and is one of the largest city parks in the Western Hemisphere. 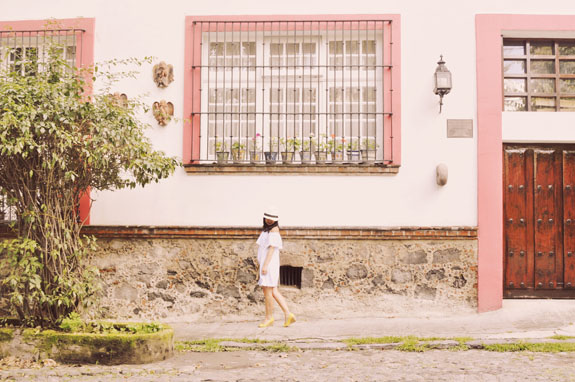 7. It’s a pretty city
One of the biggest misconceptions that I had about Mexico was that it was dirty and busy. While many parts of the city are definitely busy, I was blown away by how pretty the city was, from the greenery mentioned above, well-manicured homes, colonial architecture, and beautiful facades. Walking through parts of the city reminded me of strolling through the streets of Paris and in Italy. I especially loved wandering the streets of Coyoacan, an artsy, bohemian neighborhood, and San Angel, with its pretty pastel facades and cobblestone streets. 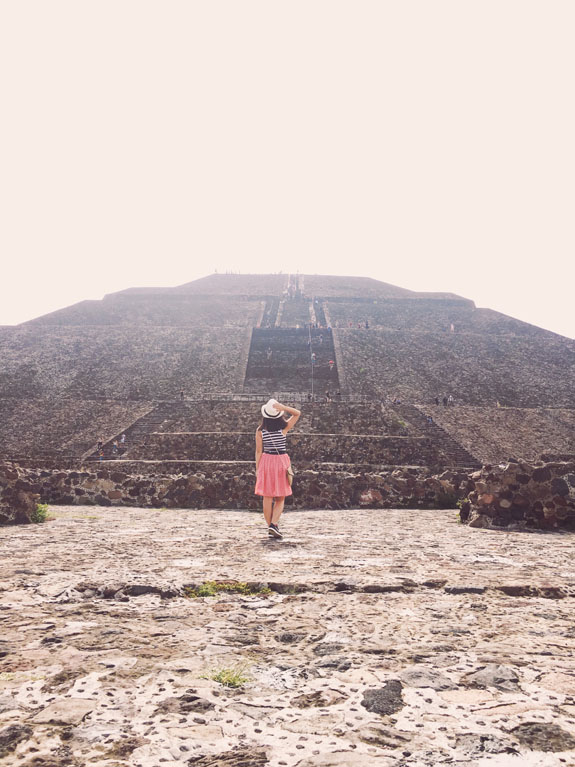 8. There are 2000 year old pyramids an hour away
When you think of archaeological sites in Mexico, you probably think of Chichen Itza and Tulum. However, did you know that one of the world’s largest pyramids stands just an hour outside of Mexico City at Teotihuacan? In its heyday, the city of Teotihuacan was the largest city in the Western Hemisphere before the 1400s, spanning over 20 square kilometers and with a population of almost 200,000. There are many tours offered to this fascinating archaeological site, but you can also easily (and inexpensively) take a bus there, making it a great option for a day trip outside the city. 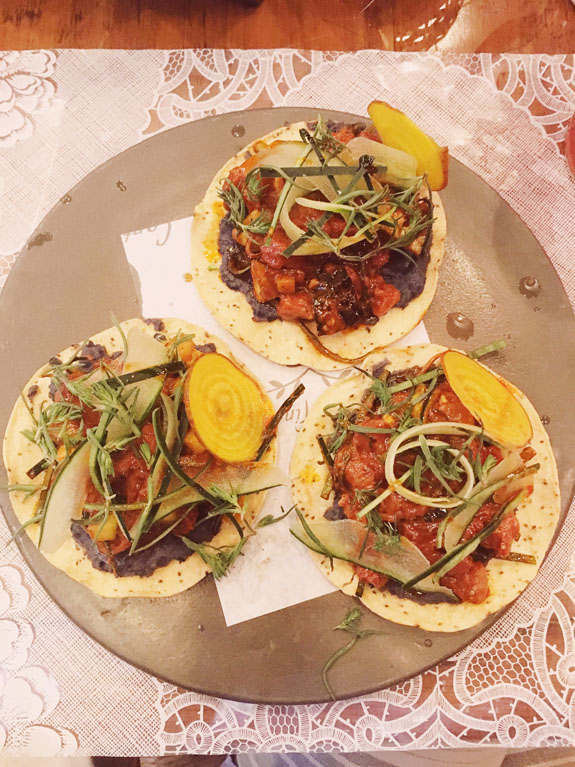 Mexico City also has a strong street food culture, with stands on almost every street corner with everything from Al Pastor tacos, tamales, corn, fresh fruit, and more. I’ve had some of the best tacos of my life on the streets of Mexico City. Worried about food poisoning? One of the best tips I’ve received is to seek out stands that have professionals eating at them, as these folks don’t have time to be sick.

Markets (mercados) are also a huge part of the everyday life and culture too, and you will find some of the most authentic food in the city in these markets – Mercado La Merced is the largest in Latin America, but there’s also the Mercado de Coyoacan, or for a hipster chic vibe, Mercado Roma is a popular spot. 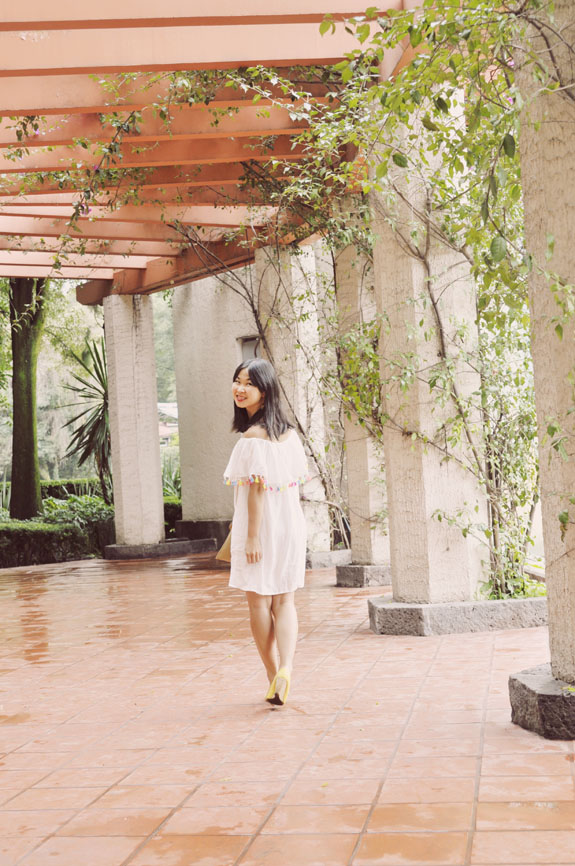 10. It ain’t no Cancun (or Cabo. Or Puerto Vallarta).
If you’re expecting to Mexico City to be reminiscent of something like Cancun, you are going to be disappointed. For starters, it isn’t a tropical climate – because of the altitude, it is much milder, with temperatures maxing out around 80 degrees, and cooling way off at night. It is a great idea to dress in layers! 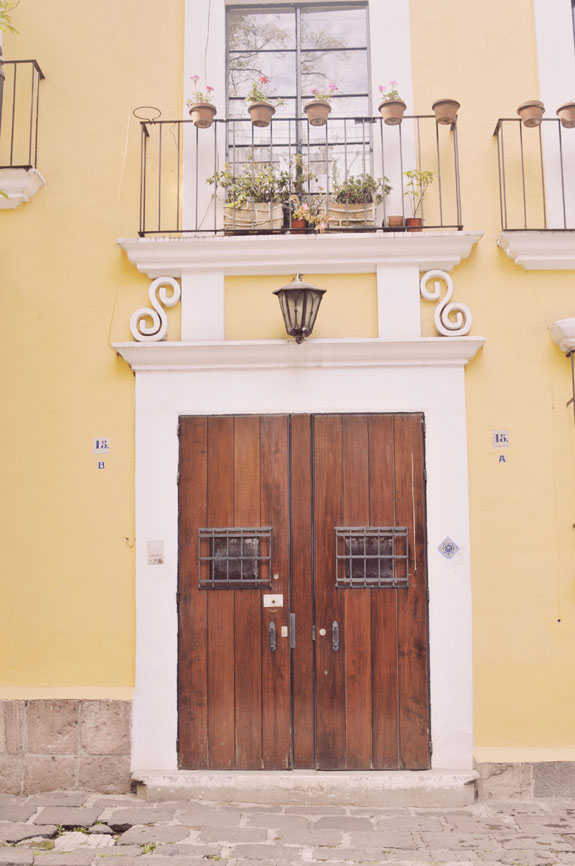 One thing I discovered about Mexico City is that English isn’t widely spoken here, so it is a good idea to know some basic Spanish phrases. While the locals will work with you, it will be much easier if you know a few useful phrases (and the effort will be much appreciated).

Have you been to Mexico City? What are some of the things that surprised you?

Want to know more about Mexico City? Check out all the things you should do, see, and eat in 3 days in Mexico City. 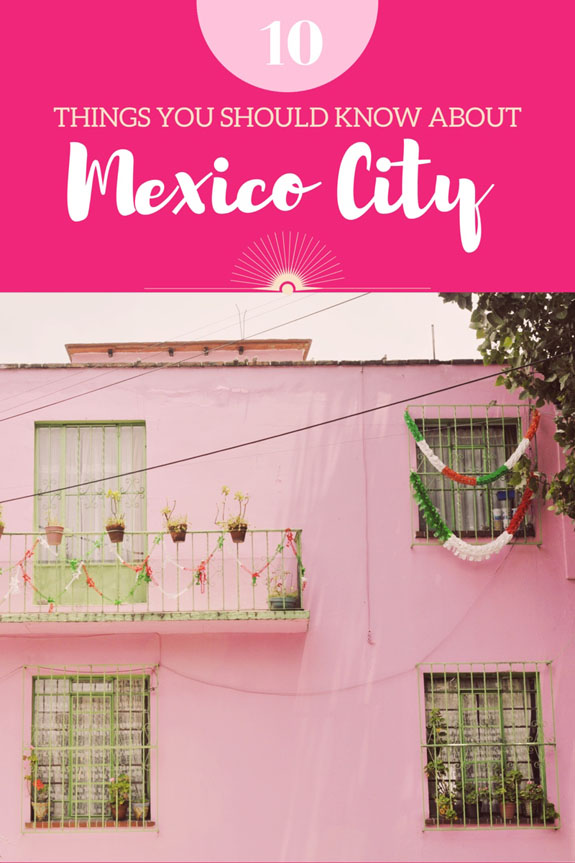 5 Tips for Taking Photos of Yourself While Solo Traveling

3 Days in Mexico City: What to Do, See, and Eat 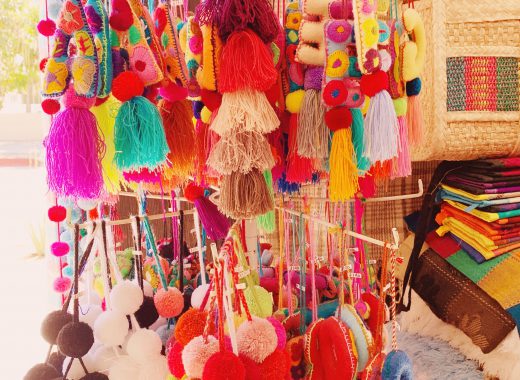 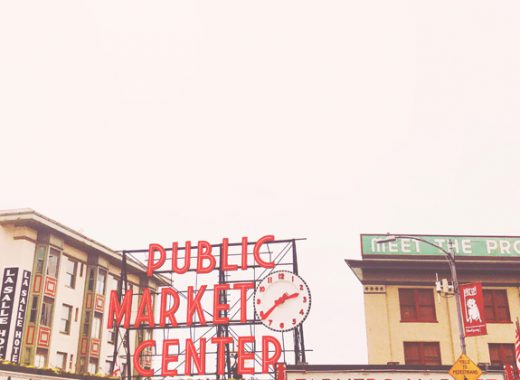 12 Things to Do in Seattle 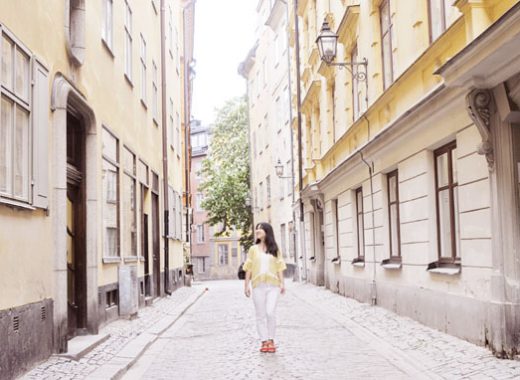