How to Visit the Laguna Beach Pirate Tower: Everything You Need to Know

The Laguna Beach Pirate Tower is one of the most unique attractions in Orange County. Hidden within the cliffside at Victoria Beach, the Pirate Tower looks like something straight out of a fairytale.

When I first saw photos of the Laguna Beach Pirate Tower, I knew that I would have to go find it. It had such a magical, kinda mysterious vibe (and was super Instagram-worthy), and I immediately had to add it to my bucket list.

It’s definitely one of the coolest attractions in Laguna Beach (as well as one of its most Instagrammable), but at the same time, also one of its hidden gems – getting to the Victoria Beach Pirate Tower takes a little bit of work, and can be confusing if you don’t know exactly where to look for it.

Have you wondered where the Laguna Beach Pirate Tower is? Here are step-by-step directions on how you can also visit this amazing landmark!

Everything You Need to Know About the Laguna Beach Pirate Tower

About the Victoria Beach Pirate Tower

Have you ever wondered about the history behind the mysterious Laguna Beach Pirate Tower, and why it’s there? You are not alone.

The tower actually has nothing to do with pirates, and was originally built in 1926 for William E. Brown, a former Los Angeles senator. The 60-foot tower served as a private staircase that provided Brown and his family direct beach access from their clifftop home.

Both the tower and home are considered some of Laguna Beach’s notable landmarks, designed to be “closely interwoven with the natural precipitous quality of the cliffs.” The tower is built in the Norman style, a popular French architectural style.

So how did it become known as the “Pirate Tower”? The nickname is attributed to the house’s second owner, Harold Kendrick, a retired Naval officer from Los Angeles who purchased the estate in the 1940s. Kendrick was known to dress up as a pirate and hide coins and candy within the rocks of the tower, so that local children could go hunting for buried treasure.

The estate has changed ownership numerous times, and has had some famous residents over the years, including Bette Midler. While the tower remains on the beach, it is now locked – however, visitors are free to admire it from the beach.

Where is the Laguna Beach Pirate Tower?

The Laguna Beach Pirate Tower is located at the north end of Victoria Beach.

However, it is easiest if you navigate to the corner of Victoria Drive & Sunset Terrace.

When to visit the Victoria Beach Pirate Tower

The best time to visit the Victoria Beach Pirate Tower is in the morning – this is when it is the least crowded. If possible, visit during the week, as the area tends to get super crowded on weekends.

Visiting in the morning will also ensure that the beach is at low tide, making the Laguna Beach Pirate Tower much more accessible. Keep in mind that the beach can be dangerous during high tide (and often makes the tower inaccessible), so check the tide reports before you go. Typically, the tower becomes inaccessible by 5pm.

Summer weekends bring the most crowds (and therefore more traffic + scarce parking) to Laguna Beach, so I would avoid visiting during this time.

Things to Know Before Visiting the Laguna Beach Pirate Tower

How to Visit the Laguna Beach Pirate Tower

Park as close to the intersection of Pacific Coast Highway (or South Coast Highway on street signs) and Victoria Drive (or Sunset Terrace) as you can. This is where the walk to the Laguna Beach Pirate Tower starts.

Do know that parking in Laguna Beach is very limited (and can be a challenge, especially on the weekends or peak tourist season). This is why it pays to visit earlier during the day!

There is both free and metered parking along PCH. Be sure to pay attention to posted signs regarding hours you are allowed to park, and/or if you need to pay the meter. You can pay for parking by feeding the meter, or using the Laguna Beach Parking app.

If you cannot find parking nearby, you have a few options. You can park on a nearby side street (check the signs because parking may not be allowed on all streets!), or further down PCH. I’ve also found that it is sometimes easier to park near downtown, as there are several paid lots available as well. There is parking also available near the Montage Hotel.

From here, you can take the free trolley (note: currently suspended through April 2021), call an Uber or Lyft, if you’re feeling ambitious, walk (it’s about 2.5 miles).

2. Walk down Victoria Drive to Find the Stairway

From PCH, make your way down Victoria Drive (alternately, you can walk down Sunset Terrace or MacAulay Place to where it connects with Victoria Drive).

Make your way down the street where it intersects with Sunset Terrace. On the right, in between two houses, you will find the stairway that leads to Victoria Beach.

Note: The stairway to Victoria Beach is under construction through May 2021. See below for alternate directions.

If the stairway to Victoria Beach is closed, or you miss it, fret not! You can continue walking down Victoria Drive until you hit Dumond Drive (2 blocks down, right before it goes underneath the highway). Make a right here and go down the hill – you’ll find beach access at the end of the street.

3. Once on the beach, turn right

Whether you made your way onto Victoria Beach via the stairway or Dumond Drive, make a right towards the cliff. You may be a little bit confused because you won’t be able to see the Laguna Beach Pirate Tower at this point, but it is right behind the cliff.

4. Continue to your right

Continue going right – you will have to make your way around the cliff in order to get to the Laguna Beach PIrate Tower.

Be careful and watch your step here! There are uneven rocky areas, and waves are usually crashing in, especially when the tide is higher.

Congratulations, you’ve now made it to the Victoria Beach Pirate Tower! Go ahead and admire the tower, and snap a ton of photos! You can walk right up to the tower, but do note that you cannot climb up the steps to the top.

Remember to watch your step, and watch out for the tide, which can sneak up on you if you’re not paying attention.

Other Things to Do at Victoria Beach

Also be sure to check out the circular tide pool, right to the left of the Pirate Tower. You can see a variety of sea life here, including anemones, barnacles, kelp, and more. At low tide, you can also see mussels, limpets, sand castle worms, snails, and more.

Victoria Beach is also a perfect spot for other water activities, such as snorkeling, body surfing, swimming, kayaking, and more. There are also volleyball courts. The white sand and secluded feel also makes it perfect for laying out in the sun, or having a picnic.

Have you ever been to the Laguna Beach Pirate Tower? 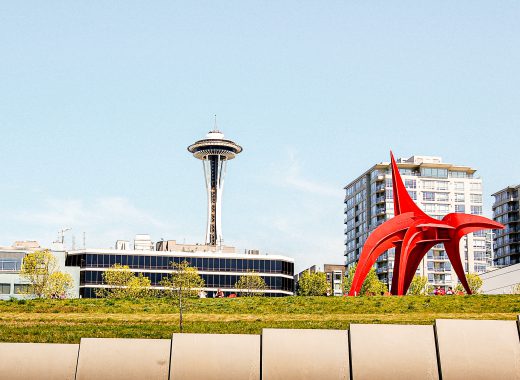 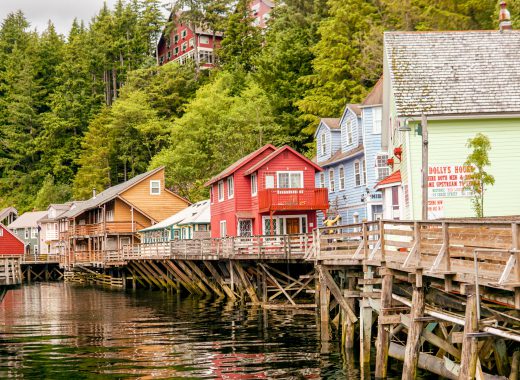 12 Incredible Things to Do in Ketchikan, Alaska | The Best Ketchikan Shore Excursions + More 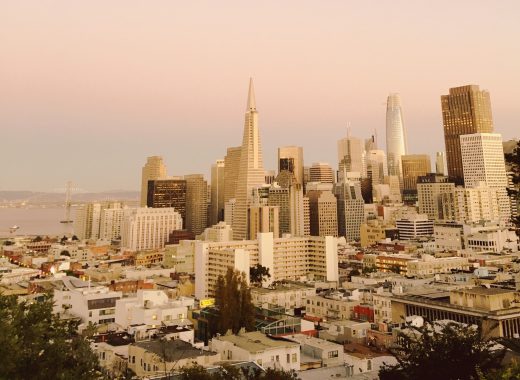