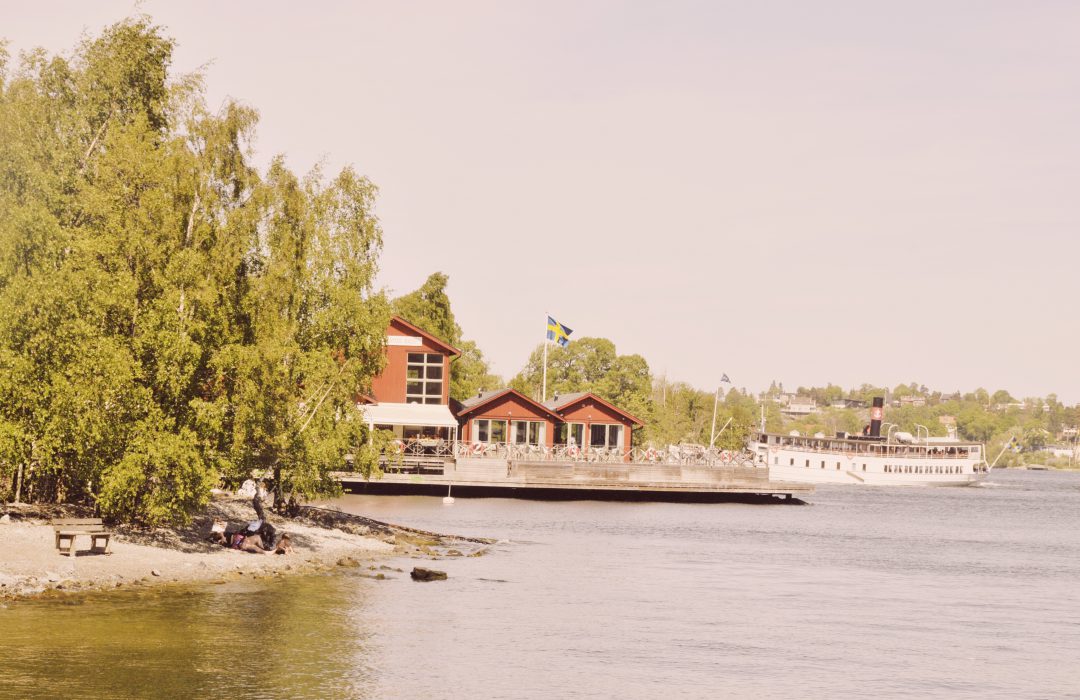 Things to Do On a Fjäderholmarna Day Trip From Stockholm 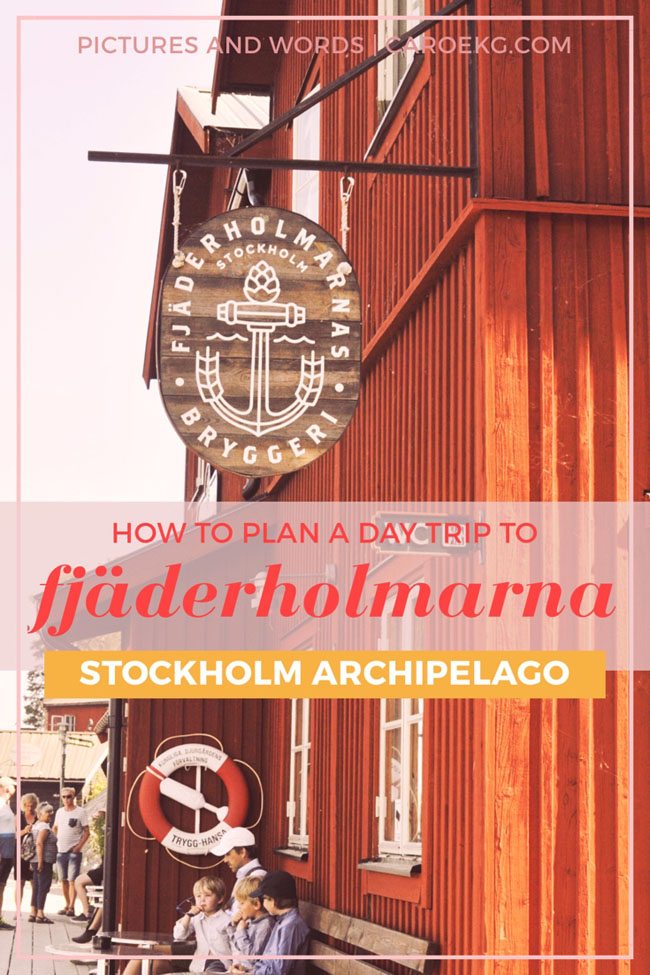 Planning a Fjäderholmarna day trip from Stockholm and looking for things to do? You’ve come to the right place! Keep reading for tips on planning your own day trip to Fjäderholmarna.

On the tiny island, you will find forest trails, rocky coastlines, art galleries, traditional Swedish restaurants, and more. It is the perfect, easy day trip from Stockholm (which is also included in the Stockholm Pass), and the perfect place to spend a sunny afternoon.

Wondering what to do on your Fjäderholmarna day trip from Stockholm? Keep reading for the best things to do, see, and eat in Fjäderholmarna!

Disclosure: This post contains affiliate links. This means that if you make a purchase or booking, I may receive a small commission at no additional cost to you. 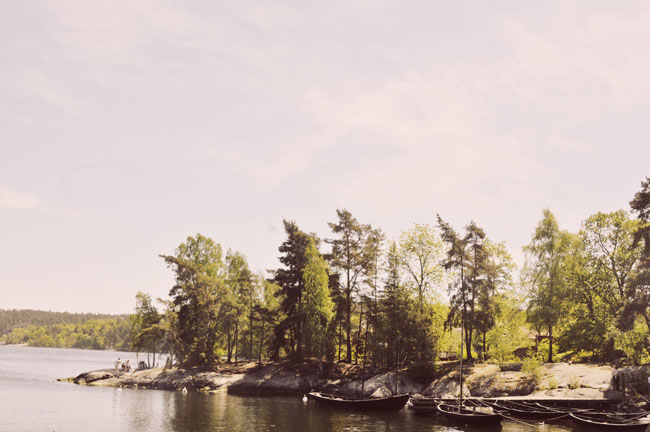 – Once a refuge for farmers and fishermen, the archipelago is now a popular getaway destination for many Stockholmers, and many of the islands are easily accessible via ferry. Many Stockholmers also own boats to fully take advantage of what the islands have to offer.

– The islands range from uninhibited wilderness to charming little seaside towns, and you can find anything from rocky beaches, deep forests, fields of wildflowers, acclaimed seaside restaurants, art galleries, breweries, and ancient villages on them.

– Fjäderholmarna actually refers to a group of 4 small islands – Stora Fjäderholmen, Ängsholmen, Libertas and Rövarns holme. Stora Fjäderholmen is the biggest and where most of the boats sail to (and therefore the most visited), and what I refer to in this post.

– The name Fjäderholmarna is made up from two Swedish words (fjärd and holm), which together means “the little islands in the coastal inlet.” It is also known as the “Feather Islands.” 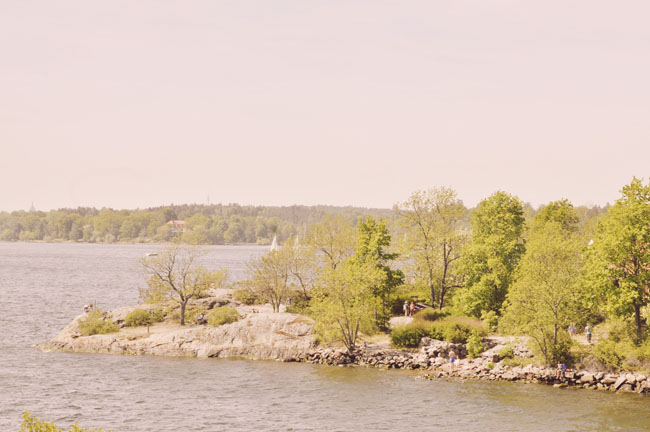 – Fjäderholmarna dates back to 1381, when it is first mentioned in official documents by Bo Johnsson Grip, the viceroy of Sweden. At the time, Stora Fjäderholmen was the only visible island above the waterline.

– Fjäderholmarna was also the site of the so-called “Vodka War,” which raged during a 10 year period at the end of the 1870s between L.O. Smith, who was known as the “Vodka King”  and went on to produce a vodka that was 10 times purer than the one produced by the state, who had an alcohol monopoly at the time. He used the island to get around the law and to serve his potent vodka to its inhabitant, then went on to found the Absolut vodka company.

– In 1849, a sanitation plant and sewage facility were built on Fjäderholmarna – obviously, many people complained about the stench. The island stopped being used for these purposes by the end of the 1800s.

– In 1982, care and management of the Fjäderholmarna was taken over by the Kungliga Djurgårdsförvaltningen (Royal Djurgården Trust) to completely transform the island. After renovations, Fjäderholmarna became the tourist destination that it is today, filled with restaurants, cafes, boutiques, and more. The islands now belong to the Swedish national park system. 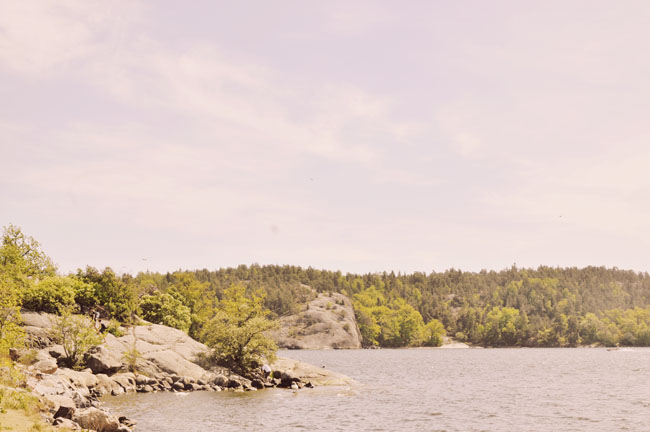 Best time to go to Fjäderholmarna
The best time to go take a Fjäderholmarna day trip from Stockholm is definitely in the late spring and summer months. Swedes love to spend time outdoors in the summer months, and this is a perfect spot for a quick little getaway from the city to get in some time in the sun! It is a popular destination for both tourists and locals on a warm summer day.

Fjäderholmarna’s visitor season is from late April to the beginning of September. It also has limited opening times during the spring and autumn months, but many of the businesses on the island are closed during the offseason. It also opens for a brief time during the Christmas season. Check the Fjäderholmarna website for the most current information about opening times.

More on Sweden: How to see the Northern Lights on a Budget 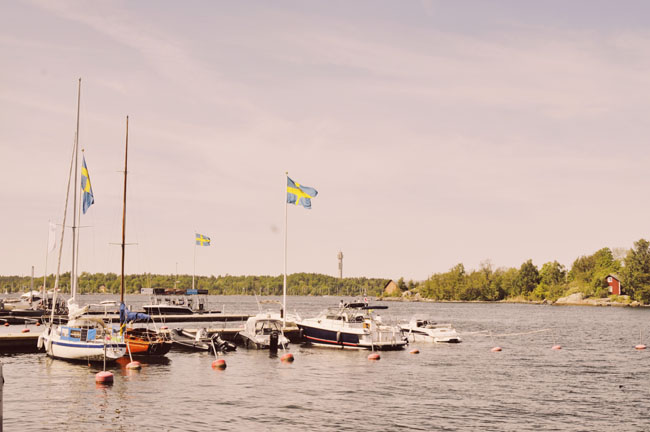 How to get to Fjäderholmarna
Fjäderholmarna is about 25 minutes outside of central Stockholm via boat, just east of Djurgården . The boat ride itself is a relaxing trip, and sails in front of some of Stockholm’s famous landmarks, including Djurgården, the Grona Lund amusement park, The Vasa Museum, and Skansen, along the way.

I personally hopped on a boat from Strömma, simply because it is the one that is included in the Stockholm Pass (which I highly recommend getting on a trip to Stockholm), making it super easy to plan my Fjäderholmarna day trip from Stockholm. The ferry leaves from berth 13 in Nybroplan in Stockholm city center. Boats leave every hour Strömkajen, with more frequent service during the peak summer season.

A ticket costs SEK 150 (~$18 USD), and includes your return fare back to Stockholm. You can either pre-book tickets online, or buy at the ticket booth at the dock. If you are using your Stockholm Pass (more on that here) to get a ferry ticket, you must go to the booth in person to secure a ticket – keep in mind that during high season, tickets may book up quickly, so it is a good idea to stop by the booth early. 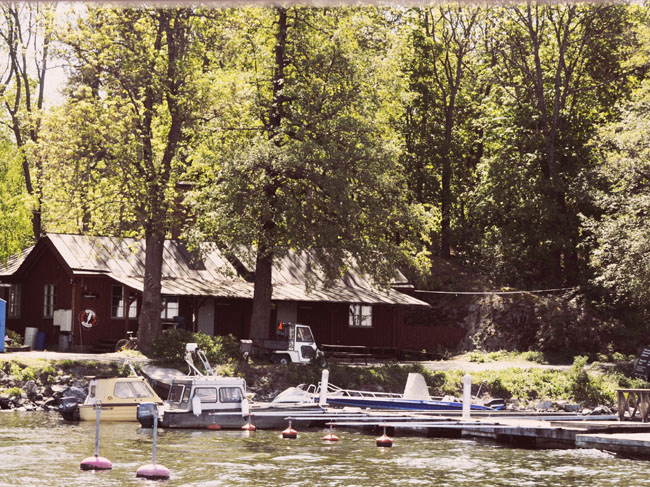 Boats from Fjäderholmslinjen leave from Slussen in central Stockholm every hour from 10am to 11pm. These also make a stop in Nacka Strand. Fares are also SEK 150. Ferries from both Fjäderholmslinjen and Strömma pick up and drop off passengers at the same dock on the island, just next to the the brewery.

Year-round ferry service is also offered through Waxholmsbolaget. Boats leave from both Strömkajen and Skeppsholmen/Slussen. Frequency varies depending on the season (timetables are updated on the 15th of April, June, August, and December), so check their website for the most up-to-date information.

There are multiple Waxholmsbolaget ferry routes that serve Fjäderholmarna and go on to stop at other destinations in the archipelago. A one-way ticket costs 63 SEK(~$7.50 USD); there are also discounted fares and travel cards available. The dock for Waxholmsbolaget boats is on the southeastern end of the island. 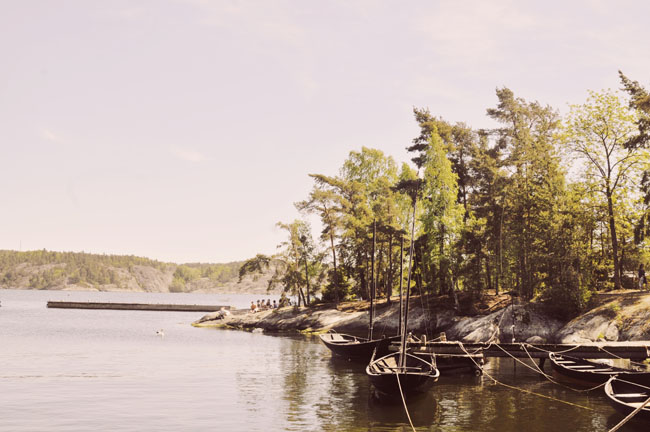 
Fjäderholmarna is a tiny island – there is one main road/pathway that loops around the island. You can either spend a few hours here, or an entire day here, depending on what you want to do. I ended up spending about 4 hours on Fjäderholmarna, which included eating a leisurely lunch. Below are some of the things you can do on your Fjäderholmarna day trip from Stockholm! 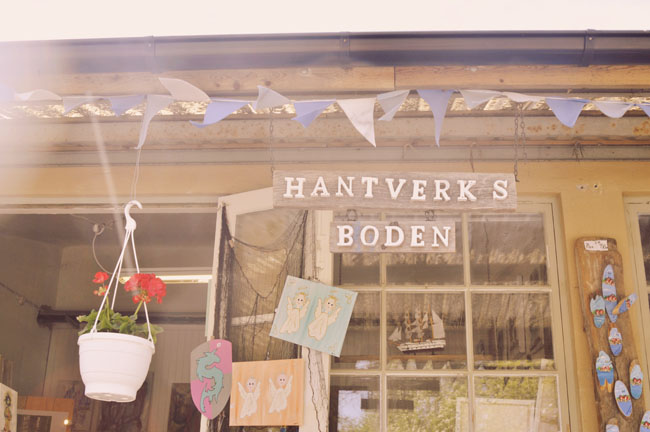 – Shop for local handicrafts and art
Fjäderholmarna is home to several local artists and craftsmen, who sell their wares in shops, studios and galleries scattered around the island. Some of the highlights include Åtta Glas, a glassblowing studio selling unique handcrafted glass pieces and offering glassblowing demonstrations; Kniv Art, which showcases centuries-old smithing techniques; Anneli Ohlsson‘s textile studio, which sells clothing, home decor, and more; the clothing boutique Som Susan, which sells designs from local Swedish designers; printed textile studio Textiltrycket; and pottery studio Krukmakeri, which sells everything from kitchen wares to vases. 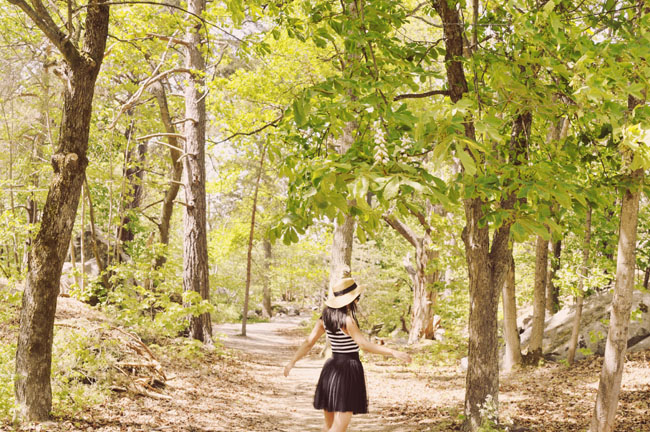 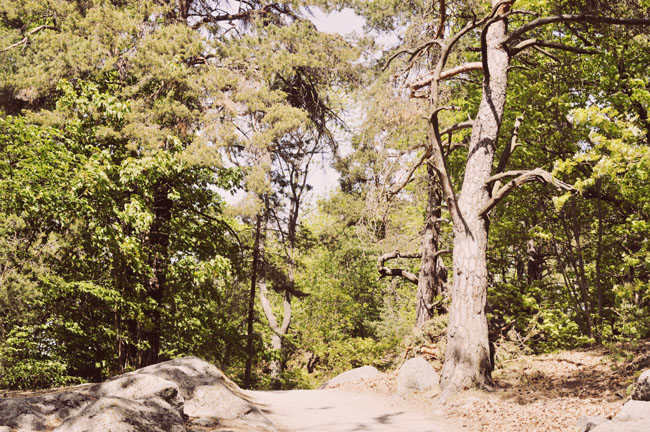 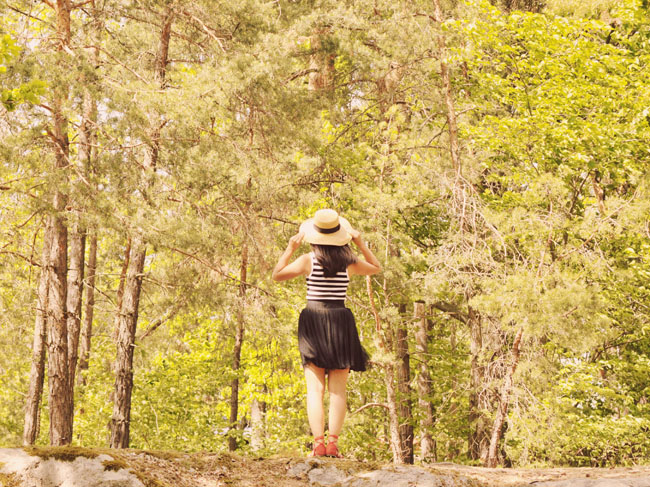 – Walk through the forest paths and take in nature
Breathe in the forest air, walk through the trees, and take in nature while strolling on one of the island’s forest paths – it will make you forget that you are so close to central Stockholm, yet it feels a world away. You can even picnic in the woods. A great way to enjoy your Fjäderholmarna day trip from Stockholm.

Fun fact: Did you know that the Swedes have a concept called Allemansrätt, which essentially us the freedom to roam? That means you can meander in the forests, camp in the mountains, swim in the seas, and fish in the lakes. The only “payment” requires is that you take care of the lands, like you would when staying in someone else’s home – do not disturb, do not destroy. Isn’t it a cool? 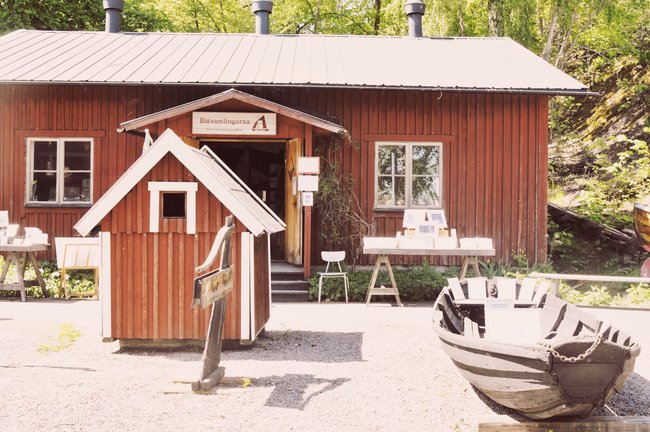 – Visit the Allmogebåtar boat museum
This small museum showcases boats, motors, and tools that used to be used on the island for fishing or the construction of small boats. They also restore traditional Swedish fishing boats using classic construction techniques, passed down for generations. 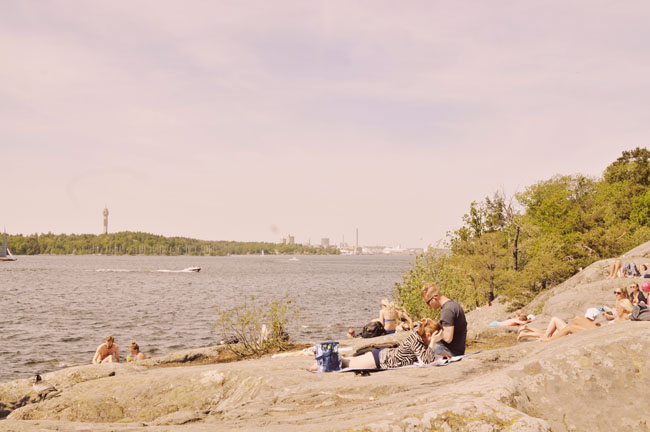 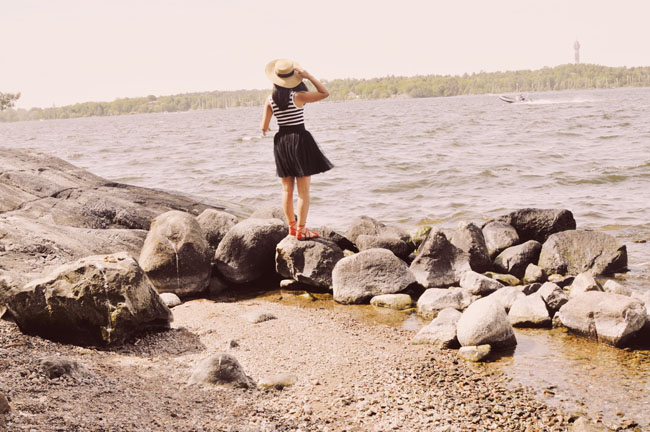 – Sunbathe on the rocks on hang out on the beach
Okay, so you’re not going to have a traditional beach day here – the beaches are small and rocky, and the water is cold. However, you will find that sunbathing is a popular activity on a Fjäderholmarna day trip from Stockholm – everywhere you look, you will find people who are perched on the rocks, soaking up the sunshine, and watching the boats go by. You may even see a few brave souls jump in the water (I saw a few – I don’t even want to know how cold that water was). 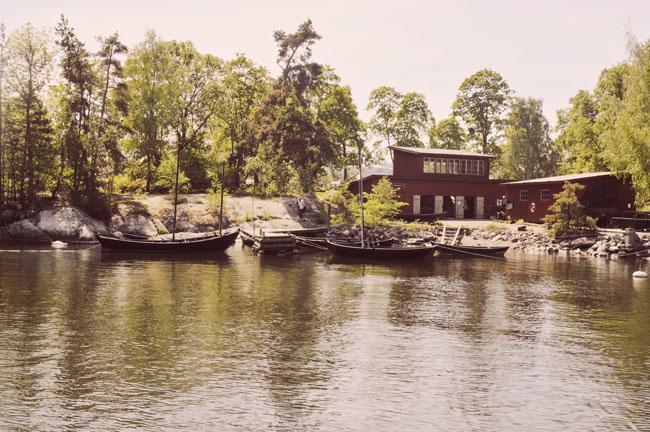 – Take in an outdoor concert
Fjäderholmarna is home to an outdoor ampitheatre, Fjäderholmsscenen, which hosts a number of concerts during the summer months. For performance dates and ticket information, see website here.

Where to eat and drink on Fjäderholmarna 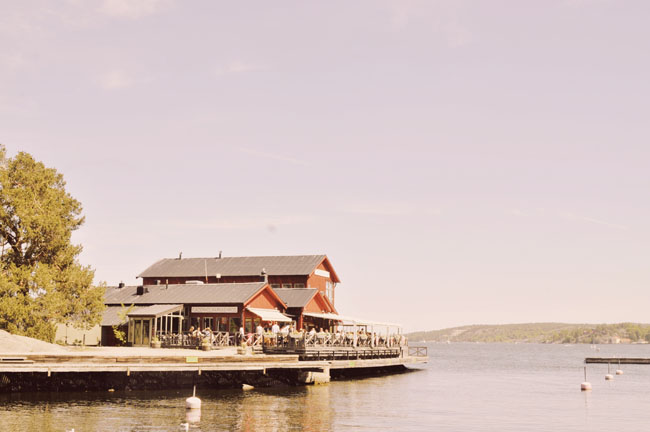 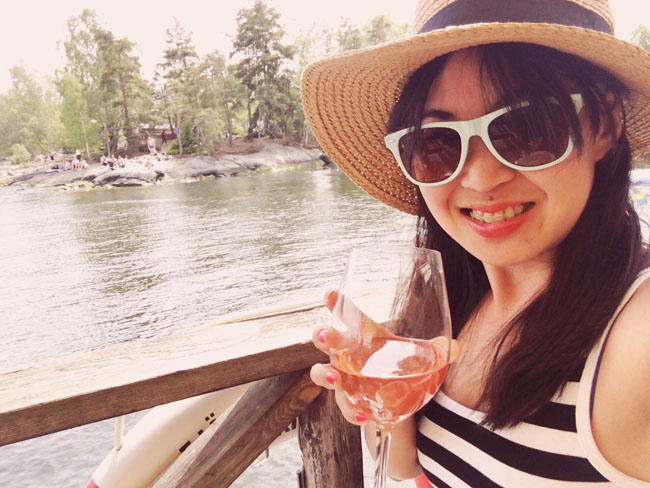 Fjäderholmarnas Krog serves traditional Swedish cuisine using fine, fresh ingredients. Their specialty here is their seafood dishes, but I was in a burger mood, so I ordered a burger, and it was a damn fine burger. Their bread here is also excellent.

The best thing about Fjäderholmarnas Krog is the waterfront views – I enjoyed sitting in the sun and  enjoying the views of the water over my meal with a glass of rosé. A highlight of my Fjäderholmarna day trip from Sweden.

Fjäderholmarnas Krog is also famous for their traditional Christmas buffet every holiday season. 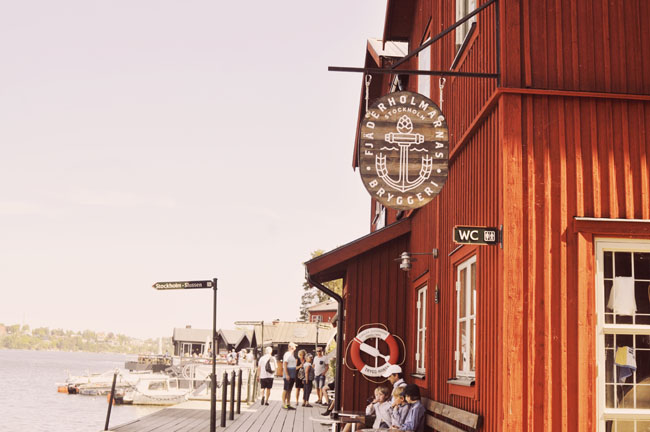 – Fjäderholmarna Bryggeri
Fjäderholmarna has is own brewery, which is conveniently located right next to the ferry docks – a great last stop on your way back to Stockholm. Here, you will craft brews that are brewed right on the island – you can even sample the beers directly from the barrels. The brewery also serves for a casual lunch.

– Systrarna Degens Glass-stuga
A perfect stop for when you are in the mood for a sweet treat! Here, you will find organic ice cream, sorbet, pastries, and coffee. You can also pick up sandwiches and snacks for a picnic as well. Definitely enjoyed an ice cream cone while walking around the island in the sun. 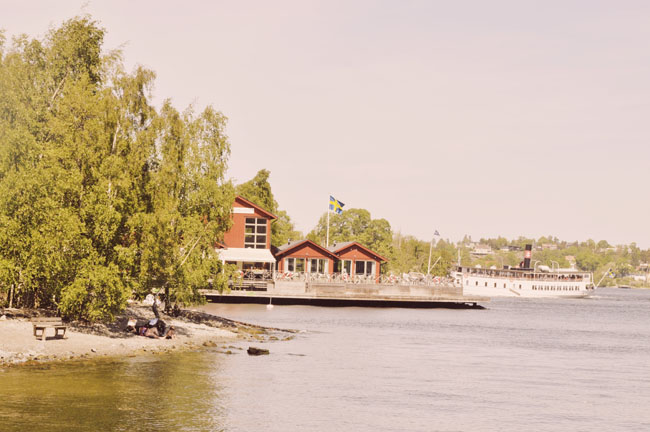 Other food and drink options on Fjäderholmarna:
– Rökeriet – This is the first restaurant you’ll see when getting off the boat at the island. Specializing in smoked meats and seafood dishes. Rökeriet has both sit-down dining and deli-style grab and go food.

– Mackmyra – Single malt whiskey is a bit of a rarity in Sweden, but it is distilled here on Fjäderholmarna. 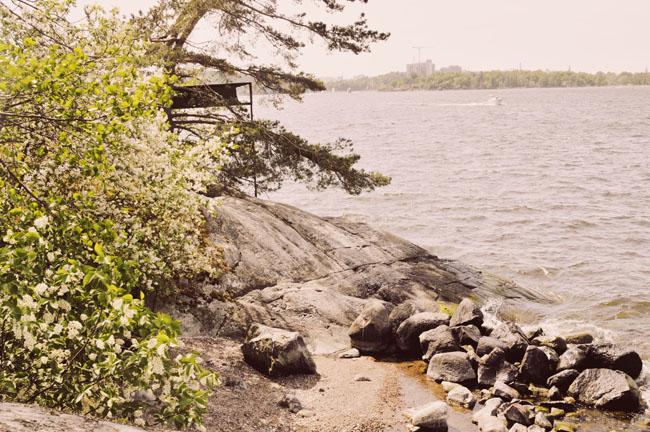 – Röda Villan – Röda Villan is nestled in the woods and has excellent views of the rocky cove – there are even hammocks to lay down in. The restaurant is inside a quaint house that has been on the island since 1897, and serves traditional Swedish cuisine. They are also known for being an excellent spot to grab a cup of coffee.

Have you been to the Stockholm archipelago? Which island was your favorite?


Looking for more things to do in Stockholm? Check out what you should do, see, and eat in 4 days in Stockholm, the best Stockholm Instagram spots and how to plan a Stockholm subway art tour.


Disclosure: This post contains affiliate links. This means that if you make a purchase or booking, I may receive a small commission at no additional cost to you. 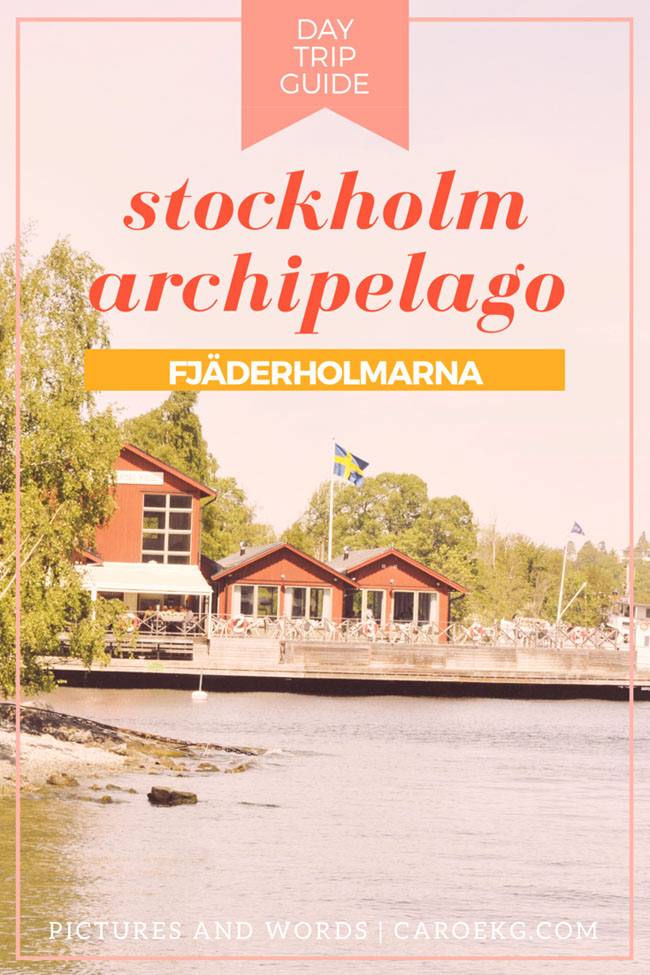 The Ultimate Guide to Visiting Teotihuacan from Mexico City

The 20 Most Instagrammable Places in Paris 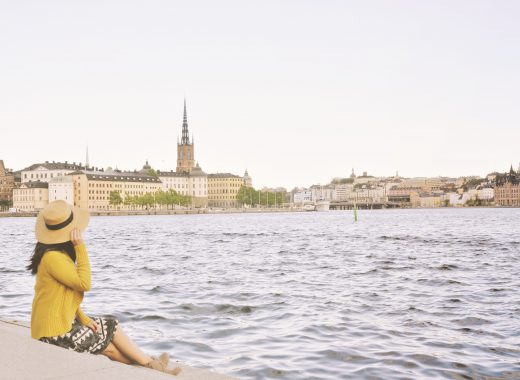 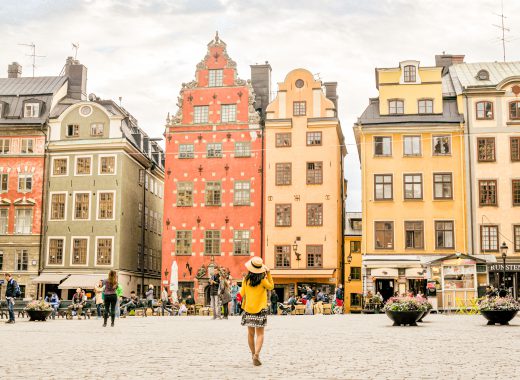 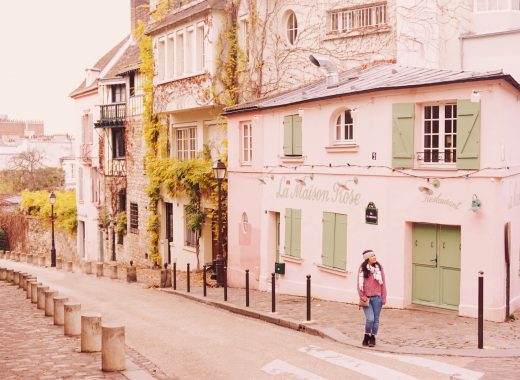